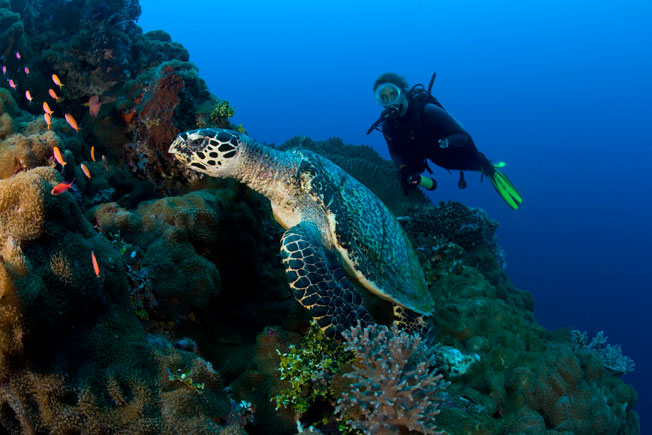 Most activities and attractions revolve around the natural beauty and the uniquely diverse culture.

Papua New Guinea is a great trekking destination with an extensive network of trekking trails. The most popular is the famous Kokoda Trail. Experienced guides lead visitors through the mountainous regions and show them the most beautiful sights and cultural highlights of these unique areas.
Tours to the famous volcanoes of Papua New Guinea are also available. The country lies along the “Pacific Ring of Fire” and offers distinct views of active volcanoes.

Papua New Guinea is also a bird watching paradise and delight for flower enthusiasts. Over 700 bird species can be found on the mainland and the islands. including the famous birds of paradise. The country is home to myrad beautiful orchids. More than 3,000 different kinds of orchids, two thirds of the world’s known species, can be found here.

Relics of World War II battles between the allied forces and the Japanese are found in many parts of Papua New Guinea. Relics are found on land, underwater, and in caves and tunnels. War museums exhibit memorabilia of World War II, where battling troops faced triumph and comradeship, victory and contentment.

White water rafting trips are another popular activity in Papua New Guinea. The island’s rivers offer all skill levels, from gentle rippling streams to explosive rapids. A more relaxed way to explore the natural beauty and to discover the culture and history of this great last frontier is a river cruise on the Sepik River and other waterways of the country.

In addition, Papua New Guinea has an excellent reputation as a fishing and diving destination. The country is home to some of the worlds most spectacular diving. Known as an “underwater photographer’s paradise,” it has twice as many species as the waters of the Red Sea, and up to five times as many as the Caribbean. As a surfing destination, Papua New Guinea is relatively new to surf enthusiasts, but the breaks are quickly becoming known for providing a great challenge that will keep surfers entertained for days! PNG has unlimited surfing potential year-round. On the southern side, 10 minutes out of Port Moresby is Sero Board Riders Club (Taurama Point) where the main barrier reef stretches along the southern seaboard all the way to the Milne Bay Province.