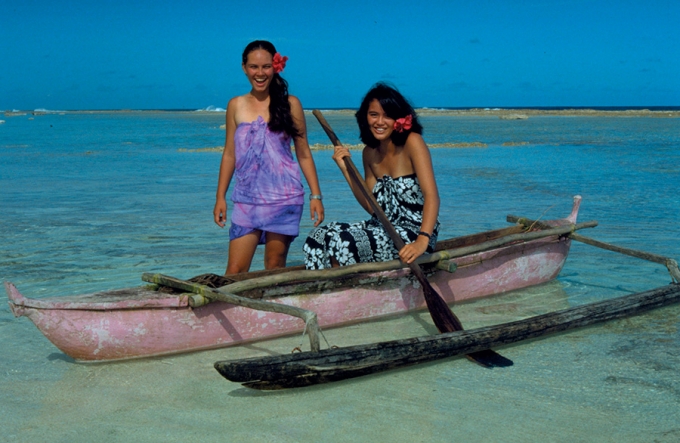 In approximately 800AD, during the Great Polynesian migration, the Cook Islands’, first ancestors arrived on the islands in their giant hulled-Kaka’s canoes, guided by the stars and the knowledge of ancient Polynesian navigation. Later, the land was divided among six tribes, each headed by a chief or king. Even today, Cook Islanders consider themselves as member of one of the six clans.

The first Europeans to arrive were the Spanish in 1595, but it took another 160 years till Captain Cook first arrived at the Manuae atoll. On a later voyage, he also discovered Palmerston, Takutea, Mangaia and Atiu. Eventually, the nation was named after him. However, Rarotonga’s official discovery is credited to Captain Philip Goodenough of the Cumberland in 1814, whilst seeking sandalwood.

The first missionaries arrived in 1821. They exerted a powerful influence over Cook Islands society. Today, people are avid churchgoers, and Sundays is honored throughout the islands as a day of rest. Visitors are welcome to attend church service and experience the beautiful singing for which Cook Islanders are famous.

The Cook Islanders are not only famous for their singing but also considered amongst the finest Polynesian dancers and despite the influence of Europeans and missionaries, the Cook Islanders have successfully kept alive many aspects of their heritage and culture. Traditional arts and crafts are in regular use, from the woven pandanus mats, fans and baskets to the beautiful tivaevae, an applique and embroidered quilt. Woodcarving is still widely practiced, and the phallic male god Tangaroa is a popular subject. 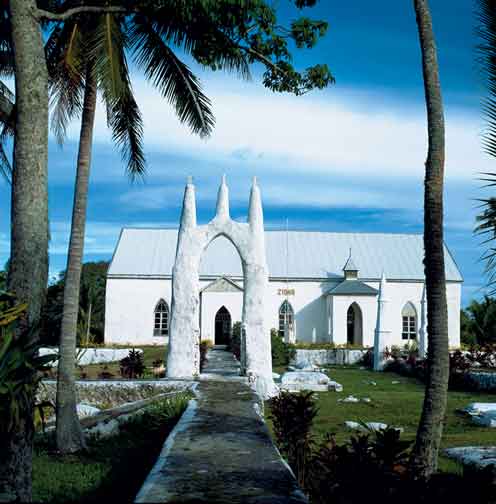 Cook Islands Maori is the main language, although most people speak English as well. This makes it a destination ideal for English speaking visitors, as most of the signs, menus, and even newspapers are in English.

Throughout the year, the Cook Islanders find many reasons to celebrate and have fun. Some of their festivals have a cultural or historical significance, such as the Te Maeva Nui Celebrations held each July through to the first week of August, where they celebrate the nation’s self-governance. Among the most important events of the year are the Dancer of the Year Competitions, the Miss Cook Island Pageant held every 2 years, The Vaka Eiva Festival, Ui Ariki Day and the Tiare Festival.

Many sporting competitions also take place during the year like the Rarotonga International Triathlon, the Round Rarotonga Race and the International Rugby Sevens Tournament.