Many of the islands of Vanuatu have been inhabited for thousands of years, the oldest archaeological evidence found dates to 2000 BC. Vanuatu is one of the most culturally diverse countries on earth. With a population of approximately 272,000, the country boasts 113 distinct languages and innumerable dialects. This amazing diversity is a result of 4,000 years of sporadic immigration from many Pacific countries. Although most settlers arrived from Melanesia, the larger built, lighter skinned Polynesians also settled in the islands.

In 1605, the Portuguese explorer Pedro Fernández de Quirós became the first European to reach the islands, believing it to be part of Terra Australis. Europeans began settling the islands in the late 18th century, after British explorer James Cook visited the islands on his second voyage, and gave them the name New Hebrides.

In 1887, the islands began to be administered by a French-British naval commission. In 1906, the French and British agreed to an Anglo-French Condominium on the New Hebrides. During World War II, the islands of Efate and Espiritu Santo were used as allied military bases. In the 1960s, the ni-Vanuatu people started to press for self-governance and later independence; full sovereignty was finally granted by both European nations on July 30, 1980. Vanuatu joined the UN in 1981 and the Non-Aligned Movement in 1983. 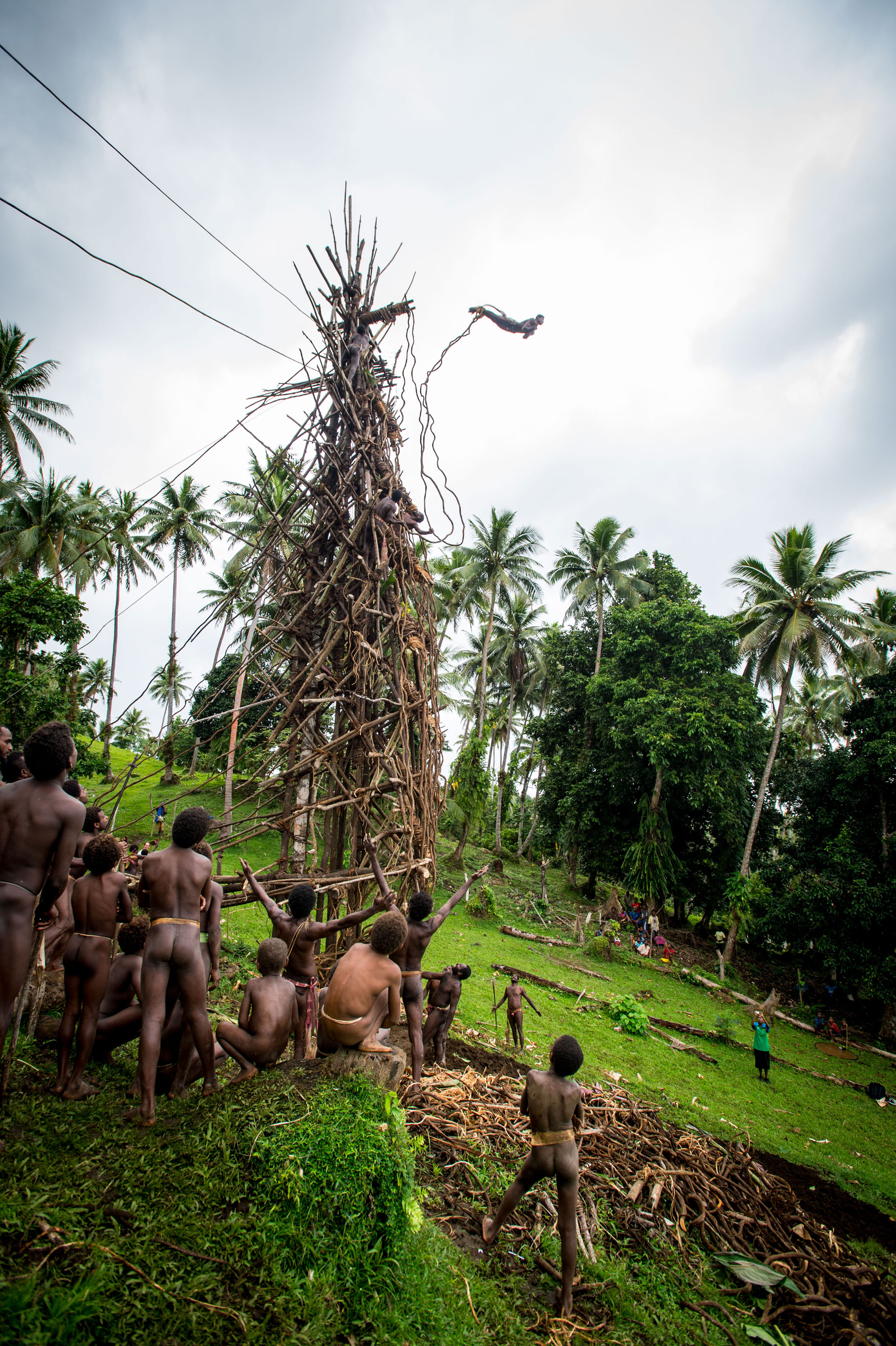 With no written language, story telling, songs and dances are of great importance. Art, in its many forms, from body decorations and tattoos to elaborate masks, hats, and carvings are also a vital part of ritual celebrations and the social life of the village. Despite the introduction of European ideas, Vanuatu kept its cultural richness and diversity with rituals and traditional ceremonies as an integral part of today’s life. Similar to Australian Aboriginal stories of the dreamtime and Maori legends of the past, ni-Vanuatu culture also has its mythic legends.

One of the most exciting ceremonies to attend is the Nagol. This awe inspiring ancient tradition, also known as land diving, is the role model for the modern bungee jumping. Each year around the time of yam harvest (April/May/June), tall wooden towers (up to 70 feet) are constructed on Pentecost Island. The tower is hold together by local vines, remarkably, not a single nail or any other piece of manmade building material is used. Young men dressed in traditional mats wrapped around their bodies jump from a platform on the tower, only secured by vines tied around their ankles. Legend has it that the first jumper was a woman. She was trying to escape from her abusive husband, climbed a tree and jumped. He followed her, leapt and died, unaware that his wife had secured liana vines to her ankles. For some time, only women participated in the dive until the male elders decided that they should dive to redress their shame and prove their courage.