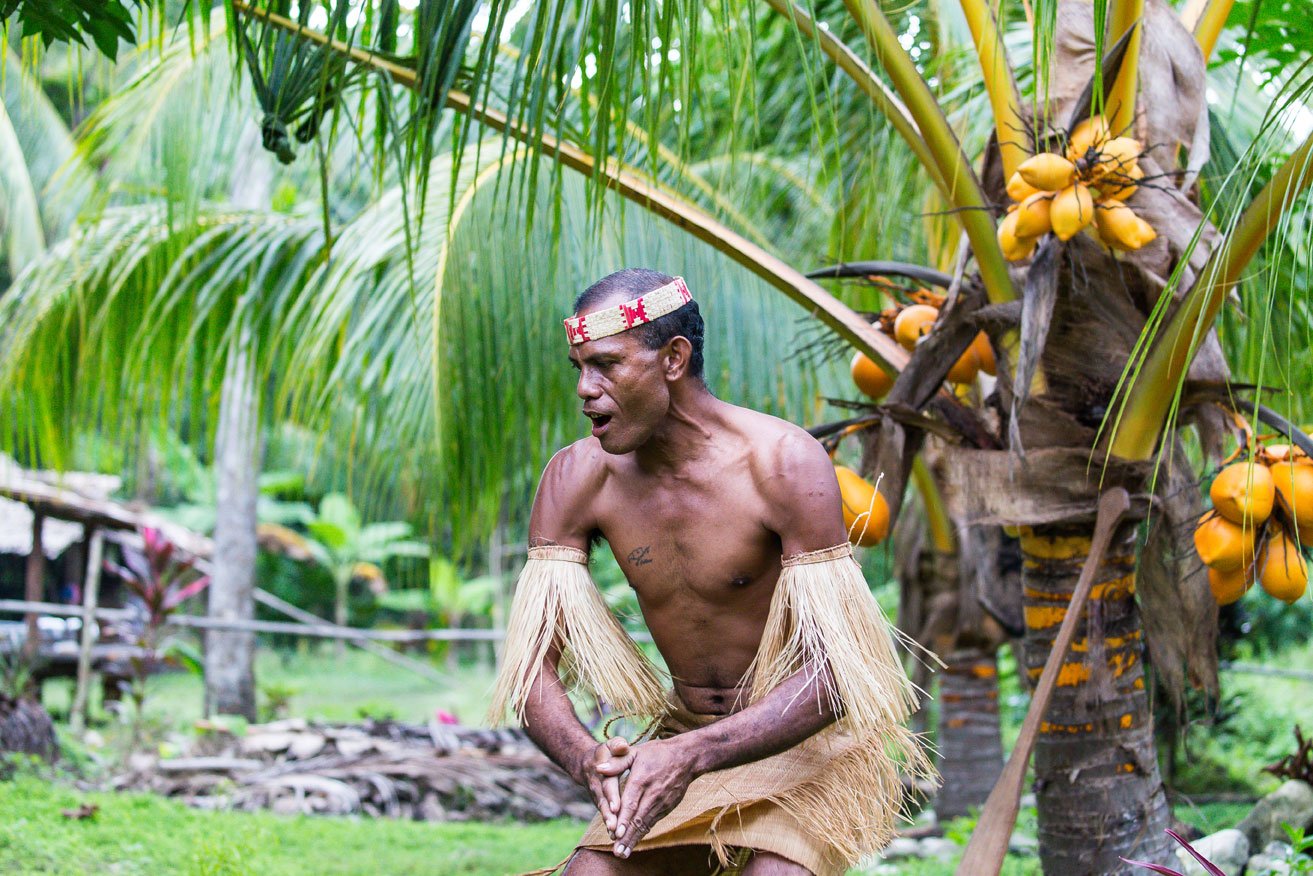 Archaeological and linguistic evidence shows that the Solomon Islands were settled between 4,000- 5,000 years ago by voyagers from Southeast Asia. Melanesian hunters and gathers settled in the larger islands of the Solomons. The Polynesians, known as seafarers, later arrived and settled in the smaller islands and atolls that border the northern and eastern boundaries. Spanish explorer Alvaro de Mendana made the first official discovery of the islands and named them the Isles of Solomon. By 1900, all of the islands had become a British protectorate.
During World War II the Solomon Islands were the setting for some of the war’s fiercest and bloodiest battles. The wreckages are still scattered throughout the islands and became major tourist attractions.

On July 7 1978, the Solomon Islands gained its independence from Britain and today the islands culture is a melting pot combining all three major cultures of the South Pacific. The diverse and unique culture of the islands is expressed in the wide variety of their arts. Crafts are made from ebony hardwood often carved in beautiful patterns with in-laid mother of pearl. Baskets are finely woven with amazingly minute patterns. Shells are crafted into everything from intricate shell money (still used today) to the very famous shell jewelry. Malaita’s finely crafted shell money can be purchased as souvenirs and it is still in circulation as traditional money.

The Solomon Islands are also know for their panpipe music. The sound is created by a bundle of different size of thin bamboo tubes, open at both ends or closed at the lower end. The player moves his head to blow different tubes while keeping the pipe stationary.

One special event not to be missed is the Annual Trade and Cultural Show that showcases the different cultures of the Solomon Islands in one location. It is usually held in Honiara in July, to mark the country’s Independence Day celebrations. Another festival is the Vatateke Festival of the Sea that joins in together with the annual Brisbane Gizo yacht race. Held in Gizo Western Province around May, Vatakepe a race of Tomoko war canoes attracts a number of visitors each year.

Communal, clan and family ties remain strong in these islands with the existence of the Wantok system. A key part of the Melanesian culture, Wantok means people from the same language group who are blood relatives. They are part of the extended family support and assist one another. Kastom, the pidgin term for custom, refers to traditional beliefs and land ownership. Despite the predominance of devout Christians, traditional practices are still being followed especially by those living in the hinterland of the country’s larger islands. Off the beaten path, village life remains much as it has been for centuries. While some do welcome strangers,
not all do – so ask local authorities first before venturing to visit these remote and far-flung areas.

When you visit Solomon Islands, you virtually step back in time. The islands are inundated with wrecks during WWII but Solomon islands isn’t simply a history fan’s dream‚ it’s also a beautiful country with an impending tourist industry, and year-round activities to allow visitors to mix and mingle with the locals in rustic surroundings.

The Anniversary of the Pacific War is celebrated annually. On August 7, 1942, Allied forces landed on the island of Guadalcanal in the Solomon Islands, the first step in a battle that was to become the turning point in the Pacific War. This year, it is celebrating its 70th anniversary. To commemorate the anniversary of the battle, tour operators are conducting tours for groups giving them the chance to walk in the footsteps of the marines, soldiers, sailors and airmen who fought in this iconic Second World War campaign and this tours promises to be a once-in-a-lifetime event.

To wind up the year the Lagoon festival in November will showcase the famous tomokos (war canoes) in the Roviana lagoon Western Province, home of the canoes. It is a time where locals and visitors bait their hooks up in search for the biggest fish and laze around the fire place and dance to the sounds of the bamboo bands and enjoy the evenings with the locals.