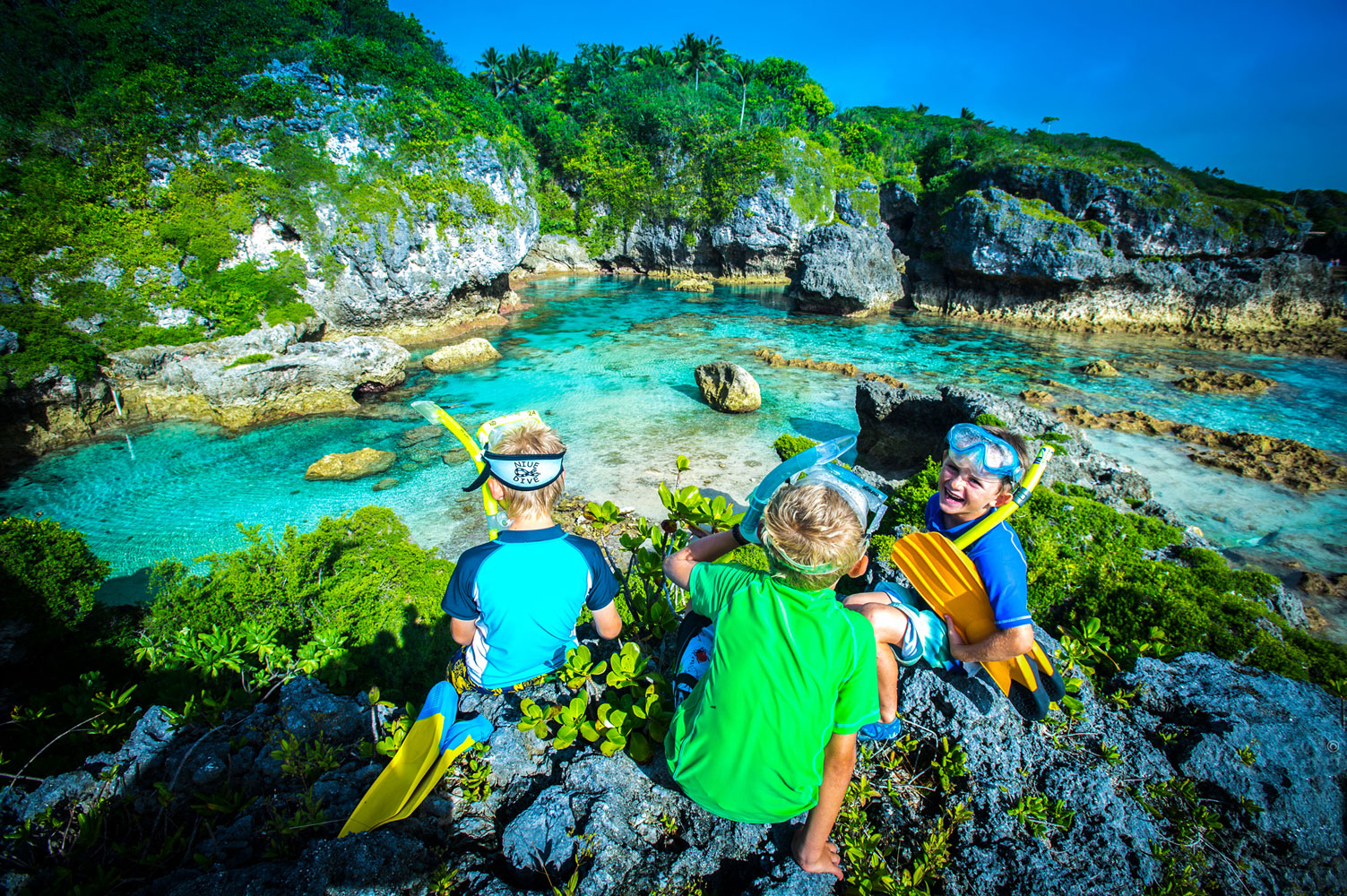 Niue is a small island of volcanic origin, located east of Tonga. Its natural beauty is still largely intact, mainly because of a lack of industry and a very small human population.
Niue is one of the largest coral islands in the world with spectacular steep limestone cliffs along the coast and a central plateau. The island features an exciting rugged coastline providing intimate swimming coves as opposed to the typical long stretches of sandy beaches so predominant elsewhere in Polynesia.
The island is particularly known for its exceptional cave system, which some scientists believe is the most extensive in the entire South Pacific. Rainwater runs quickly through the porous limestone into the sea without being channeled by streams or ponds and completely devoid of any silt run-off, carving out unique caverns, caves, and cathedrals. This allows the surrounding sea to be crystal clear with an unparalleled dive visibility.
The island is oval in shape with a diameter of about 11 miles, most of the inhabitants live close to the west coast, around the capital Alofi and in the northwest. Almost a quarter of Niue is virgin rainforest, full of native birds and plant life. The Huvalu Forest Conservation Area is a huge pristine tropical rainforest that occupies 20% of Niue’s land area. The area covers thousands of hectares of national forest, traditionally managed by the native villagers and protects wildlife and traditional plants. One of the major nature attractions of of the Huvalu Forest Conservation Area is the Togo Chasm, a little sand enclave with lush palm trees hidden in a rift of the sea edge surrounded by unique rock formations.