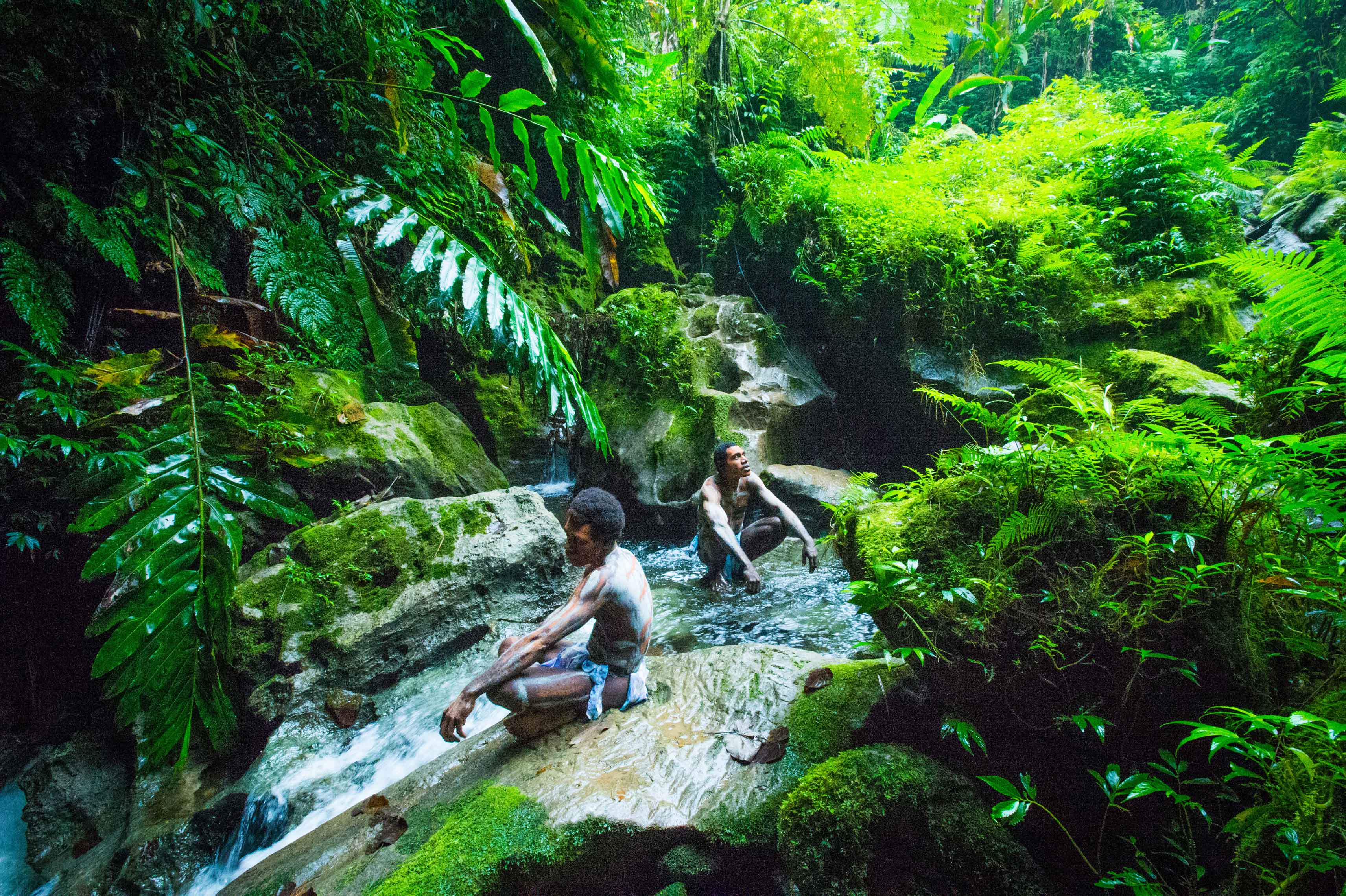 Vanuatu, once known as New Hebrides, is located 1,000 miles east of Australia, 310 miles-east of New Caledonia, west of Fiji, and south of the Solomon Islands.

Most of the Vanuatu islands are mountainous and of volcanic origin and have a tropical or sub-tropical climate. Vanuatu is recognized as a distinct terrestrial ecoregion known as the Vanuatu rain forests. The islands are part of the Australasia ecozone, which also includes neighboring New Caledonia and the Solomon Islands, as well as Australia, New Guinea, and New Zealand. About 121 bird species have been recorded in Vanuatu with 32 seabirds, 15 shorebirds and 74 land and freshwater birds. Huge Kauri trees grow in the southwest mountain forests of Espiritu Santo. The islands also host the Big Bay Conservation Area, Vanuatu’s first National Park.

The highest point in Vanuatu is Mount Tabwemasana, at 1879 meter, located on the island of Espiritu Santo.

Vanuatu has some of the most exciting volcanoes in the world. Like all islands in the Pacific Rim of Fire, the Vanuatu archipelago lies between two sides of a fault in the earth’s crust that rub against each other creating countless craters of extinct and active volcanoes. Along the central line running through the archipelago are the youngest and most active of the volcanoes.

Yasur volcano on Tanna Island is one of the most famous volcanoes in the world, simply because it is so easy to reach. When Captain Cook first sighted Yasur in 1774, he likened it to Stromboli in the Mediterranean because of its constant glow at night, like a beacon. Although it’s active year round, it can be visited and has therefore become an extremely popular tourist attraction. Most of Yasur’s eruption activities affect the crater itself by throwing large blocks and glowing fragments of lava up in the air within the crater. Generally, the blocks are not thrown too high so it is not dangerous. Everyone except the severely disabled can access the short climb to the top of Yasur volcano; several local tour operators offer guided walks.

The Ambrym and Lopevi volcanoes are also permanently active. Ambrym is an amazing volcanic island in the centre of the Vanuatu archipelago. It puts out a lot of smoke and some ash and the occasional rock or two. In recent years it has also oozed a slow lava flow from within the caldera. Without vegetation to hold the ash in place, the frequent tropical rainstorms carve great gouges in the land, forming surrealistic moonscapes. Walking through the maze like river flows cut in the ash plain is an amazing experience.

Although not particularly large, the volcano on Lopevi Island is an awesome looking stratovolcano (strato meaning layers built upon from successive eruptions), rising directly out of the ocean to 1447 feet. From the ocean, it looks like a black monolith, or an archetype for a doomsday movie.