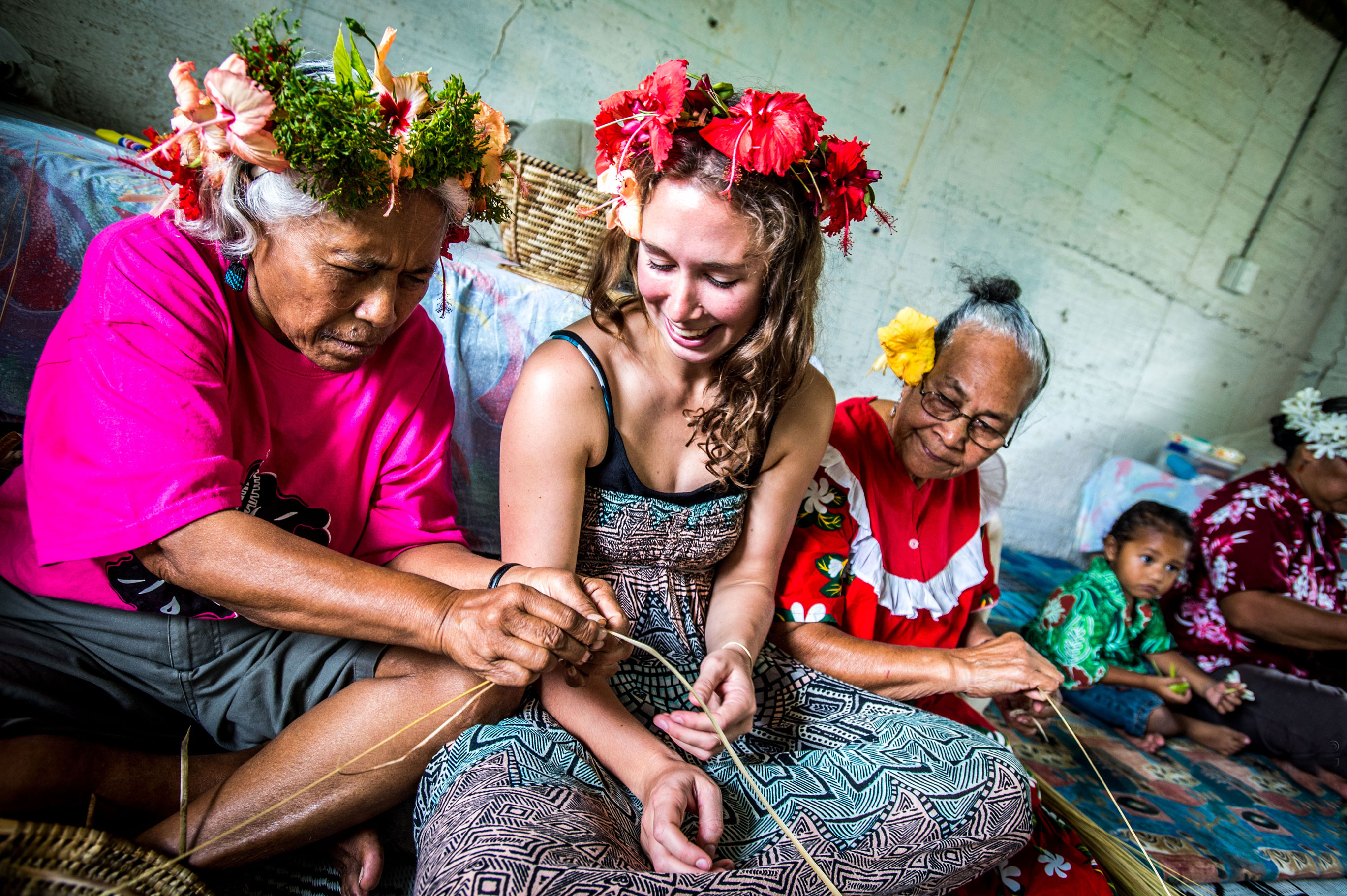 Niue probably was first settled more than 1,000 years ago by Tongans and Samoans and migrants from the Cook Islands. James Cook was one of the first Europeans to sight the island but never actually landed. The next major arrival was the London Missionary Society in 1846. Niue was briefly a protectorate of the United Kingdom. In 1901, Britain annexed Niue to New Zealand, which returned sovereignty back to Niue in 1974. The island is now one of the world’s smallest self-governing states, and rules in free association with New Zealand, has 20 sitting member’s of parliament and a Premier.

The majority of Niue’s residents are Polynesians and the official languages are English and Niuean, a Polynesian language closely related to Tongan and Samoan. Niue is a very small country with a population of only 1,600. About half the people live in and around the capital, Alofi, on the island’s west side. The rest live in villages scattered along a road that circles the island.

The missionaries had a deep impact on the Niuean society. Most people are very religious and Sunday is day of rest in Niue. Visitors are very welcome to attend all Church services of the different denominations, including the Protestant Niue Ekalesia Church, the Latter Day Saints, the Catholic Church, and others. Niue never adopted the Polynesian hierarchies of chiefs and priests. Even today the society relies on family and clan based units, as part of the democratic structures of the country.