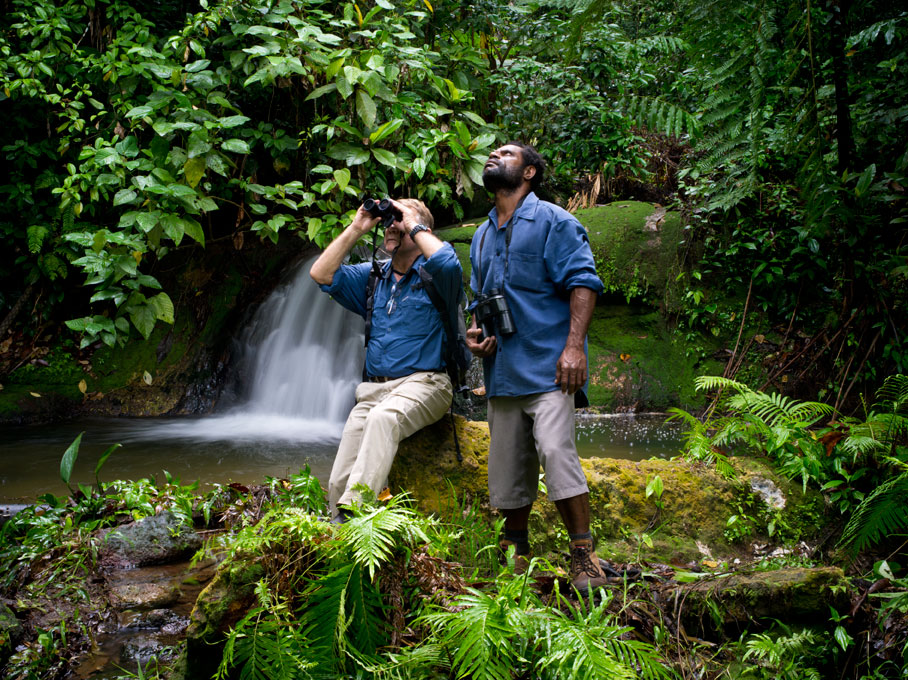 Papua New Guinea lies south of the equator, 99 miles north of Australia and boasts more than 600 islands and more than 800 indigenous languages (tok ples). It is also the home to the largest area of intact rainforest outside of the Amazon. Papua New Guinea is divided into 4 regions with 19 provinces and the National Capital District, each with their own special character and cultures.

The mainland is divided by a mountain range, a massive central spike with peaks towering over 13,000 feet. The mountains are the origin of many rivers, among them the mighty Sepik River, one of the world’s longest waterways. The rugged mountain terrains, with a deep cave system, are ideal playgrounds of outdoor fans.

The country’s pristine rainforest is home to many rare species of birds and insects, including the world’s largest butterfly, the Queen Alexandra Birdwing, whose wingspan reaches up to 1 foot. The country is also famous for its brilliantly colored birds of paradise. Thirty-eight of the 43 known species of Birds of Paradise are found here, including the rare blue and the raggiana varieties.

The country is also famous for its many beautiful orchids. More than 3,000 different kinds of orchids, two thirds of the world’s known species can be found in Papua New Guinea. To see many of the beautiful flowers visitors to Port Moresby shouldn’t miss the capital’s Port Moresby Nature Park with its huge collection of orchids. The Rainforest Habitat, next to the University of Technology at Lae (Morobe Province) comprises 9.000 sq feet of rainforest under a canopy, with a lake, raised walkways, semi-tame birds and beautiful flowers. Here, visitors will find the largest variety of birds of paradise species kept anywhere in the world, together with other native wildlife such as tree kangaroos, parrots, cassowaries and the unique New Guinean long-nosed echidna.